Future Music for the Masses

An interesting concert: the speakers here were arranged as to resemble an orchestra, their frequencies roughly similar to the usual orchestral layout (hence the big boomy ones at the back like the inebriated brass section).  Could this be the future of listening to classical music - without the players?  Is this the orchestra of the electronic composer?  Or are these just some cool pictures of some interesting looking speakers?

In addition to the questions raised above, this concert was meant to be 'acousmatique', i.e. music which makes you experience illusory auditory perception or synaesthesia.  And it did seem to do something odd to my cerebral cortex, although being transported to an SF-related world for a short while isn't that unusual for me.  I scrawled some words in my notebook afterwards... 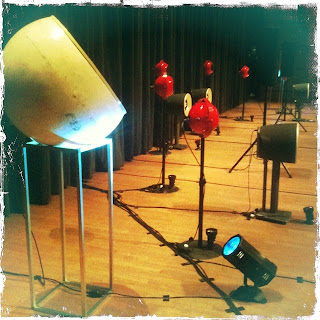 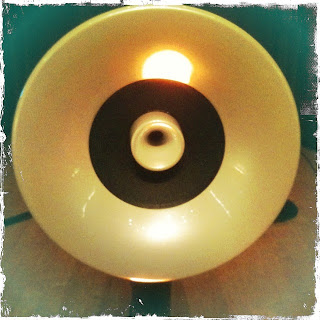 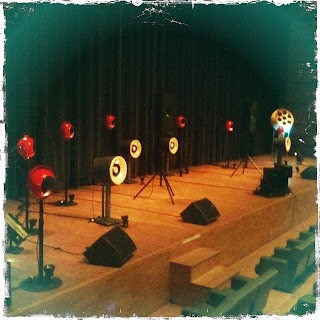 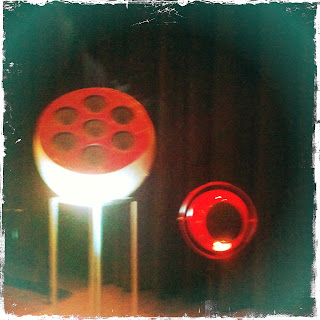 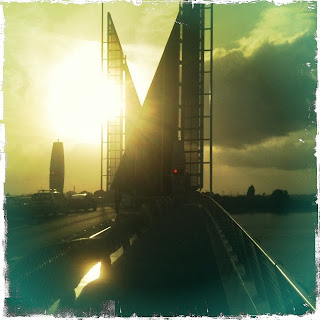 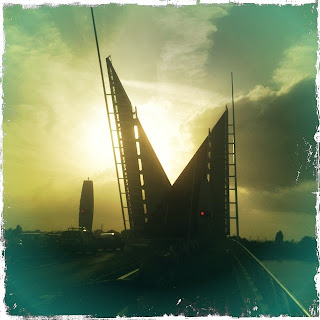