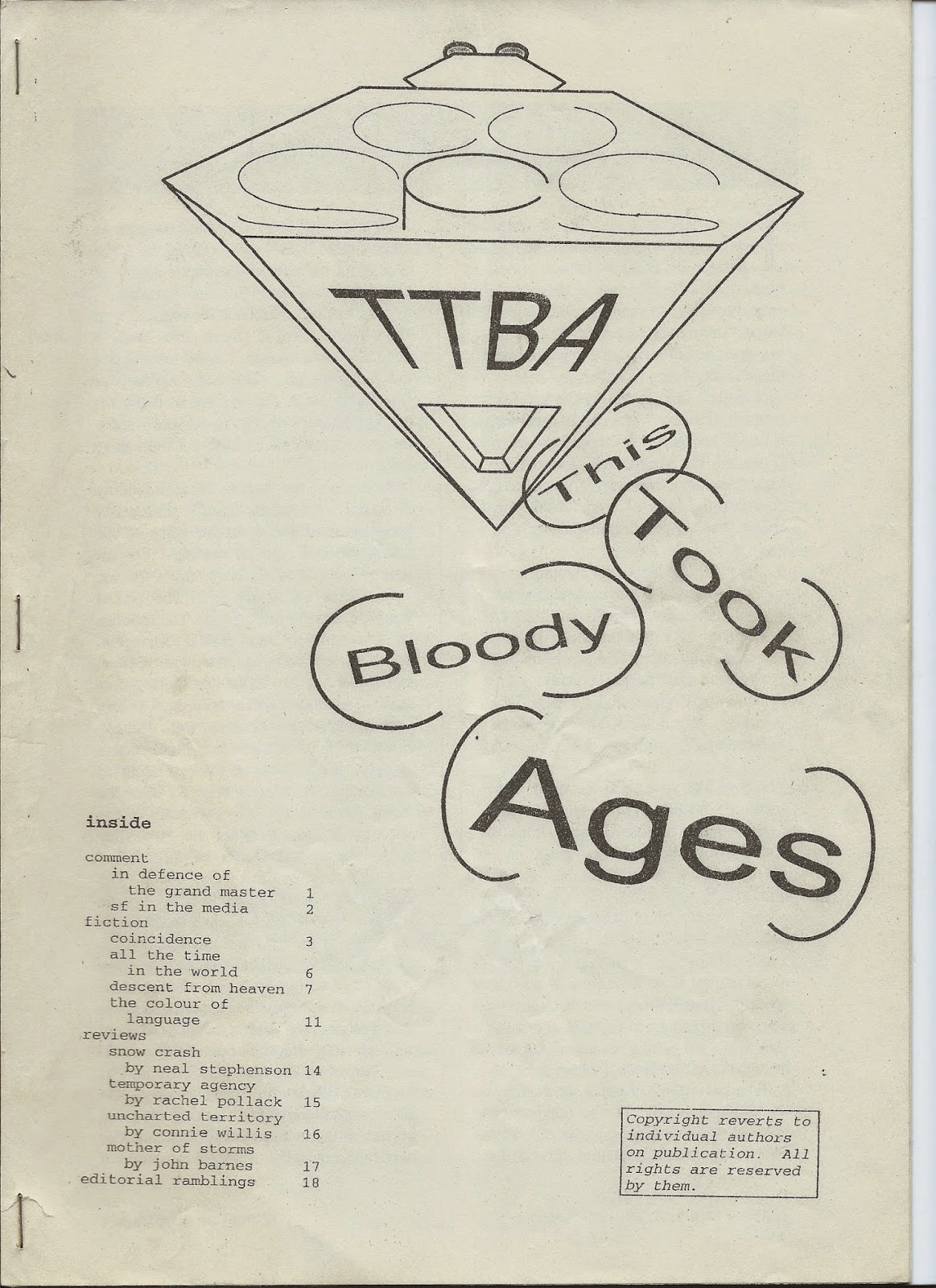 TTBA is the Cambridge University Science Fiction Society (CUSFS) magazine.  The meaning of the TTBA acronym has changed for each issue of the magazine produced, its first issue 'Title To Be Announced' published in 1974.

I had a few stories 'Descent From Heaven' and 'The Colour Of Language' published in 1997 in 'This Took Bloody Ages'.

The CUSFS has got a brand new webpage and are adding compiling all the editions of TTBA as and when they find them.  Many have been lost in the mists of time...

You can read my offerings here: 'This Took Bloody Ages' Or you can go and read all the other available issues here: TTBA.
Posted by Guy T Martland at 21:21