Two stories have just landed in the USA!  Oddly enough, on the same day.  Both are free to read. 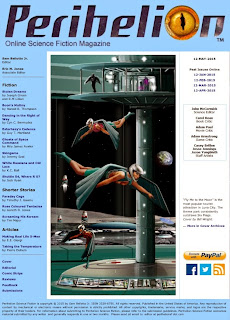 Firstly, 'Esterhazy's Cadence' has been published by Perihelion SF (who also published 'Time out at the Cafe Metropole' last November).  A character from one of my older stories 'Gestating Elegy' makes a reappearance... I wrote the opening sequence to this many years ago at an Arvon course in Ted Hughes' old house.  The rest fell into place much later on. 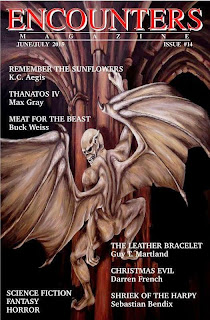 Secondly, 'The Leather Bracelet' has been published in Encounters Magazine of SF, Fantasy and Horror.  This started off as an M.R. James style tribute, centring on a hotel I used to work in during Uni holidays.  And whilst I wanted to write a ghost story, the SF crept in and wouldn't let go.