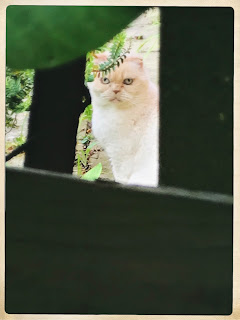 I know this took longer than I said it would. It just took me a while to recover from the convention, as you’d suspected. Late nights chasing ghosts does that to you. And of course carousing with Ziggy and co. Reggie and Ronnie, the Yeovil contigent, were also on fine form. I could hardly keep up with them, which I think must be something to do with their raw meat diet. Or perhaps it is just my age – but the less said about my advanced years, the better. In any case, we certainly left our impression on the Majestic. Not sure they’ll be having us back there again.

The best parts of conventions are always those in the bar, catching up with old friends. For all the panels I’ve attended, the real grist of any of these events happens closest to where the booze is poured. I’m sure someone has drawn up an equation which highlights a function between the distance from the taps and the amount of perceived enjoyment. When we aren’t gossiping about various members of the Caterati, we talk about what we’ve been writing, things that interest us. World building, for example. And from that, conversations turn to the metaverse, what it means. We touch on quantum physics. And of course, Schrödinger.

It goes without saying, that I have issues with Schrödinger.  Putting cats in boxes with a radioactive trigger to some cyanide is clearly the work of a madman. Einstein didn’t make the situation any better when he got rid of the cyanide and instead blew the cat to smithereens with dynamite - we have words for the likes of him in feline language and they aren’t nice. Why cats? Why not humans? The experiment would have worked equally well. Unless you are someone who believes that human consciousness is more quantum than a cat’s. In which case…

My Slaves returned intact in their silvery box, with no histotoxic hypoxia or violent explosions, about six hours after I did. Nothing befell them on the arduous hours spent traversing the country across strips of weathered tarmacadam. Tall Slave looked exceptionally weary, though. I suspect he put it down to the effects of the real ale bar, whereas much of it would have been due to the life sapping effects of the ghost I dispatched. I wouldn’t be surprised if he comes down with something. Then I’ll have to spend hours nuzzling into his sickly form, attuned as I am to the illnesses of Slaves.

Not so much as some though. You’ve heard of that Oscar, in New York? He tempts fate by hanging around with the soon to be dead. Perhaps he gets high on the death smell, which we can all detect, to an extent. His Slave has of course picked up on this and written learned texts on the subject. Did no-one tell Oscar that these things are meant to be kept secret? That ushering souls through the metaverse is something we can do, but we aren’t meant to brag about it? Talk about breaking the fourth wall.

My Slaves pile up their bags in the hall, and slowly decant their contents around the house. While I am waiting for them to realise my bowl is empty, I worry a piece of discarded mail until there is nothing left but scraps. That gets their attention, and they soon understand the gravity of the matter: I’m hungry. But when they’ve fed me, I ignore the food and instead stride outside.  I’m a cat – caprice is my middle name.

Later I’ll make the most out of lying on fresh piles of laundered clothes. Or jumping onto the clean bedspread with muddy paws. But for now I’m outside for a bit, soaking up the sun. It is still cold, unseasonably so for this time of year, but it is nice to catch a few rays.

Tall Slave appears in the garden at one point and opens the doorway to Narnia. This isn’t another portal, just a hole in the fence to next door’s garden, which my Slaves have named after some fictional land. However, I do consider the land beyond to be part of my extended empire.  It is where I first met The Architect. I’ll tell you about him next week, but for now, I’m off exploring. There are scents to be sniffed, grass to be chewed and pools of stagnant water to be sampled. I also really want to climb up next door’s fire escape again, so I can view the small part of world I call my own from a height equivalent to that of my tall Slave. And imagine, for a few moments, that I am seeing our shared world through his eyes.